To  honor a long history of distinguished pastoral practices and to pursue the teaching mission of the church, an advisory committee  was formed in the Spring of 2015,  in order to launch the wheel of the Christian Formation program for the 2015-2016 academic year. 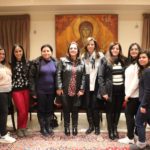 In fact, a renewal of the Christian Formation program took place throughout the year 2015-2016 culminating in a very successful summer camp held at Deir Nourieh during the summer.

At the opening of the Christian Formation program  for 2016- 2017 Mrs. Frieda Haddad gave a power point presentation of the year’s program.  The 2016-2017 summer camp was held at Najib Nehme camp near the village of Duma.  Please refer to photos from the camp on the gallery page.

The 2017 -2018 also opened with a church service with parents followed by an overview for the parents of the year’s program by Mrs Frieda Haddad. 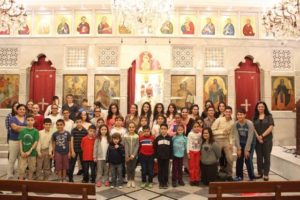